A combination of hospitality and heart 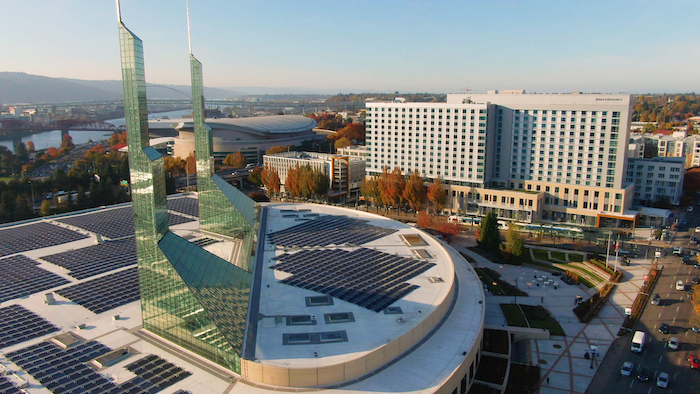 The Oregon Convention Center served Portland’s community during a critical time of need, but the venue is also open for business and welcomed a citywide convention this October.

Visitors know Portland as a creative city that welcomes new ideas, people and businesses. This creative character connects to Portland’s tourism community, in part, through exciting hotel initiatives and openings that are a part of Portland’s story of resilience and nurtured cultivation.

The Oregon Convention Center recently underwent a $40 million renovation. It also served as an evacuee shelter to those displaced by wildfires, earned its accreditation as a Global Biorisk Advisory Council Facility for health and safety, and served as a COVID-19 vaccine site for more than 500,000 doses.

Despite the setbacks brought on by COVID-19, Portland is thriving with a flurry of hotel openings. Three properties opened during the pandemic, and five projects, including the five-star Ritz-Carlton, are in development in the central city.