Hotels blossom in downtown Fort Worth 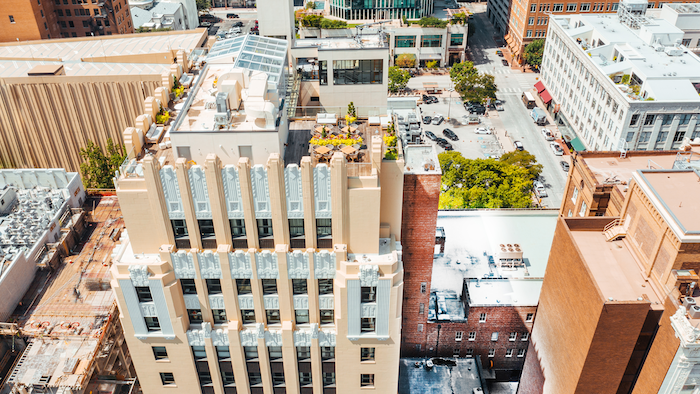 Architectural Digest calls the Sinclair Hotel in Fort Worth one of the greenest properties because of its energy-saving technologies.

Fort Worth is the 12th-largest city in the United States, known for Texas hospitality and a dozen remarkable districts full of culture and fun. The city has one of the most convenient meeting packages in the country. New and renovated hotel offerings, restaurants and exciting tourism venues are waiting for event and meeting planners in 2022.

On arrival, downtown offers easy access to and from DFW Airport with TEXRail, the commuter rail line that is just $2.50 each way.

Three new downtown hotels have opened on Main Street within four blocks of the Convention Center and the Sundance Square entertainment district. They include the Sinclair Hotel, a 164-room hotel blending historic art deco of the 1929 building and contemporary luxury elements; The AC Hotel, which has 252 upscale guestrooms and a bar overlooking 5th Street; and the Kimpton Harper Hotel, which has a 24th-floor lobby and Il Modo, a popular ground-floor Italian restaurant.

Downtown’s existing signature hotels have been renovated, including the Worthington Renaissance Fort Worth Hotel, Embassy Suites Fort Worth, Sheraton Fort Worth Downtown Hotel and the Hilton Hotel. The Omni Fort Worth Hotel plans a major renovation of guestrooms later this year.