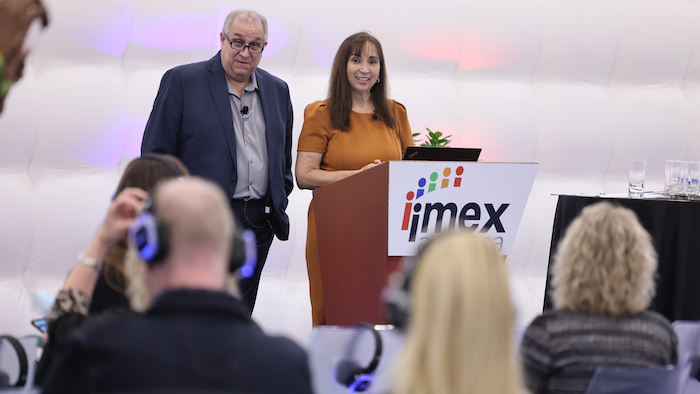 Without a doubt almost every event planner out there has had to cancel an event in the last year and half due to the pandemic. But where do those cancellations leave you from a legal standpoint when it comes to your contracts?

Melissa Pavlicek and Stephen Teves, husband and wife attorneys with Hawaii Public Policy Advocates, sought to answer that question on Wednesday as it relates to force majeure clauses in the session, “The Threat of Calamitous Events: How COVID Changed Cancellation Clauses Forever.”

Living in Honolulu, the pair has seen their share of events cancelled due to everything from earthquakes to tsunamis, wildfires, tropical storms and, of course, the pandemic. Believe it or not, Pavlicek said a direct hit from a storm is a lot easier to deal with than a near miss—at least from an event planning and legal standpoint.

“Having a hurricane do a direct hit on Honolulu is kind of an easy situation for event planning,” she said. “Because nobody is going to host an event if the convention center is wiped off the face of the earth. But we have 1,605 near misses a year. The force majeure clauses that allow us to cancel events don’t necessarily apply.”

The mere threat of a possible storm or unforeseen event can be tricky to navigate unless they are specifically spelled out in the contract. Pavlicek said pandemics were once considered unforeseen events, but obviously that’s not the case anymore.

“If we remember nothing else from this conversation,” she said, “it’s that the pandemic can no longer be deemed unforeseen. It is definitely a foreseen event. Period.”

Teves said as far as unforeseen events go, one of the keys to using the protection of the force majeure clause is knowing when to use it. He cited a case involving a company that tried to invoke the clause due to the September 11, 2001, terrorist attacks that shut down airports across the country. The problem? They waited until February of 2002 to invoke it.

“The court said, ‘Wait a minute, that happened five months ago,’” he said. “You seem to be trying to game the system.”

“If you need to invoke it,” Pavlicek added, “you need to bring it up quickly.”

There are four main areas within most typical force majeure clauses:

Each of these areas can have its own hazards and potholes that can be difficult to navigate. Pavlicek said determining the breach, for example, can be very specific, especially when it comes to pandemic-related issues.

In the past, the phrase “act of God” has been used as a catch-all for any number of unforeseen events, but Pavlicek said the pandemic—unless it is spelled out specifically in the contract—won’t be included in that catch-all because it is now deemed by most courts to be foreseen.