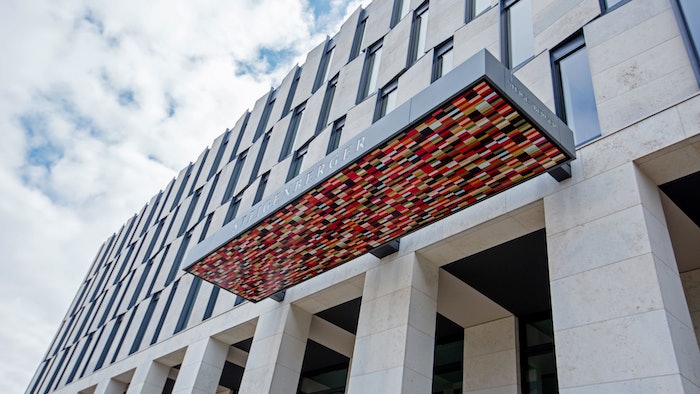 The Steigenberger Airport Hotel Berlin will open on October 31, 2020.

There has never been a hotel located so close to an airfield. The new 322-room Steigenberger Airport Hotel Berlin will open later this month to coincide with the launch of flight operations at the new Berlin Brandenburg Airport.

The hotel will be situated immediately alongside the main terminal building. It will feature an à la carte restaurant with adjoining bar. A spa and health and beauty facility on the fifth floor will extend over an area of nearly 1,000 square feet and offer a separate gym. A conference center with 11 meeting rooms capable of accommodating up to 500 people will provide an easily accessible airport setting for events and presentations of every kind.